Very similar coronally to the first premolar, the mandibular second premolar presents less of a radicular problem. Its crown has a well-developed buccal cusp and a much better-formed lingual cusp than in the first premolar. Access is made slightly ovoid, wider in the mesial-distal dimension. The first opening, with the end-cutting fissure bur, is made approximately in the central groove and is extended and refined with no. 4 and 6 round burs. Investigators reported that only 12% of mandibular second molars studied had a second or third canal. Vertucci also showed that the second premolar had one canal at the apex in 97.5% and two canals at the apex in only 2.5% of the teeth studied. In 1991, Bram and Fleisher reported a ease of four distinct canals. An important consideration that must not be overlooked is the anatomic position of the mental foramen and the neurovascular structures that pass through it. The proximity of these nerves and blood vessels when acute exacerbation of the mandibular premolars occurs can result in temporary paresthesia from the fulminating inflammatory process. Exacerbations in this region seem to be intense and more resistant to nonsurgical therapy than in other parts of the mouth (Burns RC, Buchanan LS. Tooth Morphology and Access Openings. Part One: The Art of Endodontics in Pathway of Pulp, 6th Ed. p. 158). 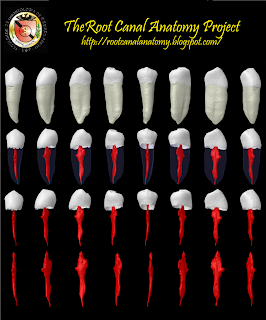