Somewhat smaller coronally than the mandibular first molar and tending toward more symmetry, the mandibular second molar is identified by the proximity of its roots. The roots often sweep distally in a gradual curve with the apices close together. The degree and configuration of canal curvature were studied in the mesial roots of 100 randomly selected mandibular first and second molars. One hundred percent of the specimens demonstrated curvature in both buccal-lingual and mesial-distal views. Access is made in the mesial aspect of the crown, with the opening extending only slightly distal to the central groove. After penetration with the end-cutting fissure bur, the longshanked round bur is used to sweep outwardly until unobstructed access is achieved. The distal angulation of the roots often permits less extension of the opening than in the mandibular first molar. Close attention should be given to the shape of the distal orifice. A narrow, ovoid opening indicates a ribbon-shaped distal canal, requiring more directional-type filing. All caries, leaking fillings, and pulpal calcifications must be removed and replaced with a suitable temporary restoration prior to endodontic therapy. The mandibular second molar is the most susceptible to vertical fracture. After access preparation the clinician should utilize the fiberoptic light to search the floor of the chamber prior to endodontic treatment. The prognosis of mesial-distal crownroot fractures is very poor. Full occlusal coverage after endodontic therapy is mandatory to ensure against future problems with vertical fracture (Burns RC, Buchanan LS. Tooth Morphology and Access Openings. Part One: The Art of Endodontics in Pathway of Pulp, 6th Ed. p. 162). 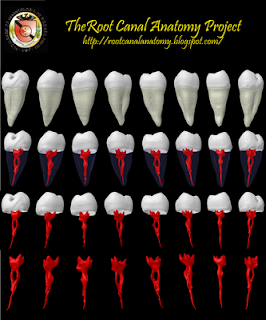