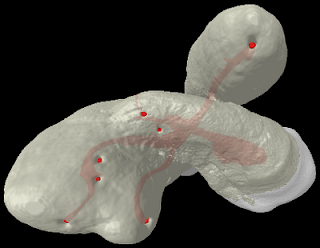 Fusion is commonly identified as the union of two distinct dental sprouts which occurs in any stage of the dental organ. They are joined by the dentine; pulp chambers and canals may be linked or separated depending on the developmental stage when the union occurs. This process involves epithelial and mesenchymal germ layers resulting in irregular tooth morphology (1). Moreover, the number of teeth in the dental arch is less than normal. A review of the literature reveals great difficulty in correctly differentiating fusion and gemination. For a differential diagnosis between these anomalies, the dentist must carry out a highly judicious radiographic and clinical examination. The aetiology of fusion is still unknown, but the influence of pressure or physical forces producing close contact between two developing teeth has been reported as one possible cause (2). Genetic predisposition and racial differences have also been reported as contributing factors. This anatomic irregularity occurs more often in the deciduous than in the permanent dentition. Only a few cases of fusion involving molar and premolar teeth have been reported (3-5) whereas, in both dentitions, the prevalence is higher in the anterior region (6-9). Cases of bilateral fusion are less frequent than unilateral fusion (6). Turell and Zmener (3) described a case of fusion involving a mandibular third molar and fourth molar (distomolar). Unfortunately, most of these fusions require surgical removal because of their abnormal morphology and excessive mesiodistal width, which cause problems with spacing, alignment and function (6,8). In the anterior region this anomaly also causes an unpleasant aesthetic tooth shape due to the irregular morphology. These teeth also tend to be greatly predisposed to caries and periodontal disease and, in some cases, endodontic treatment is very complicated (7,10). Fusion can occur between teeth of the same dentition or mixed dentitions, and between normal and supernumerary teeth (3,7-9,11,12). In these cases, the number of teeth in the dental arch is also normal and differentiation from gemination is clinically difficult or impossible. A diagnostic consideration, but not a set rule, is that supernumerary teeth are often slightly aberrant and present a cone-shaped clinical appearance. Thus, fusion between a supernumerary normal tooth will generally show differences in the two halves of the joined crown. However, in gemination cases the two halves of the joined crown are commonly mirror images. Fused teeth usually present asymptomatically. In fact, the co-operation of practitioners with expertise in multiple areas of dentistry is important to create or achieve functional and esthetic success in these cases. Several treatment methods have been described in the literature with respect to the different types and morphological variations of fused teeth, including endodontic, restorative, surgical, periodontal and/or orthodontic treatment (3-9,12). (Source: Nunes et al. 2002. Full text). 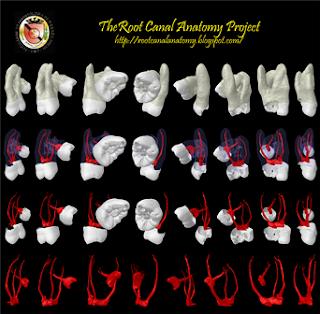