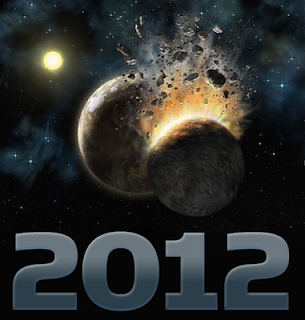 The Mayas were a Mesoamerican civilization with a highly developed culture that inhabited the Yucatan Peninsula, which comprises the Mexican states of Yucatán, Campeche, and Quintana Roo; the northern part of the nation of Belize; and Guatemala's northern. The nation's history began about 2500 B.C., but their culture flourished from 300 A.D. to 900 A.D. Based on archaeological findings, at least 60 percent of the total population was engaged in some form of tooth modification.

In Maya’s dental practice, teeth were filed into points, ground into rectangles or cavities were prepared to permit the insertion of round pieces of stone in over a hundred different patterns. This relatively complex procedure was done using a hard tube that was spun between the hands or in a rope drill, with slurry of powdered quartz in water as an abrasive, to cut a cavity through the tooth enamel to allow placement of an inlay. These inlays were made of various minerals and were ground to fit the cavity so precisely and the adhesive was so effective that many burials found by archaeologists today still have them firmly in place. 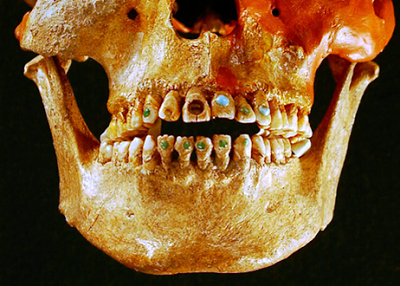 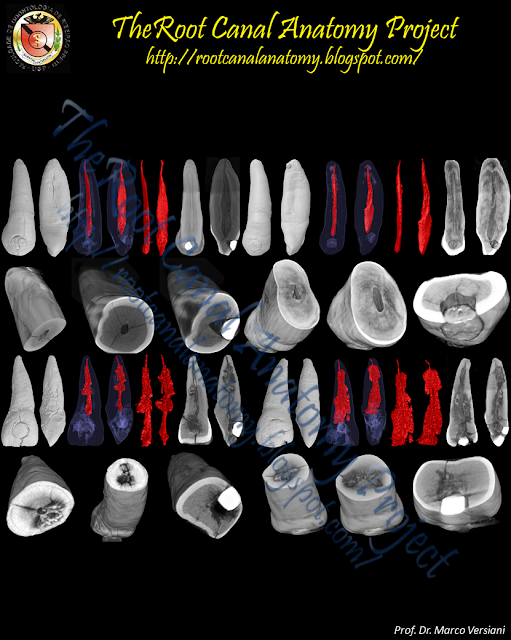 More information here
Posted by Prof. Marco Versiani at 8:01 AM

Email ThisBlogThis!Share to TwitterShare to FacebookShare to Pinterest
Labels: Publications